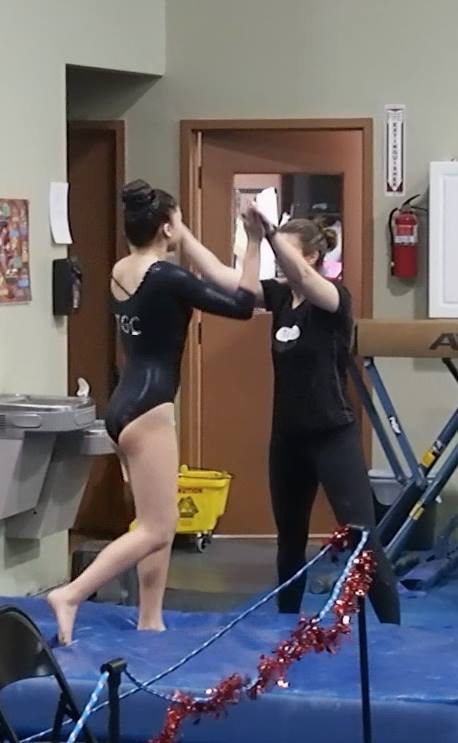 After two postponements, it has taken months for USA Gymnastics to hold a hearing on the abuse allegations against elite gymnastics coach Maggie Haney. After the first day of the hearing, USAG has now suspended Haney from having direct contact with minors. (Note: Riley McCusker, Haney’s current Olympic hopeful, is 18 years old – not a minor.) In addition to having no contact with minor gymnasts, Haney is not allowed to coach at any upcoming US training camps or meets until everything surrounding the complaints is resolved.

After two years of investigating former Olympic gymnastics coach John Geddert, Geddert’s home and Twistars gym have been searched. Geddert and his gym are directly connected with Larry Nassar and the systemic culture of sexual, physical, and mental abuse in gymnastics.

Almost six months after SafeSport took over the investigation into complaints about gymnastics coach Anna Li, victims have finally heard from investigators. This comes over two years after allegations were made to USAG regarding Li’s coaching tactics.

SafeSport is receiving many more complaints than they can keep up with. There is currently a backlog of 1200 cases! Yes, it is important to report any abuse. However, parents and gymnasts should not wait at a gym until SafeSport has cleared up the matter.

My point is this: If a gymnast experiences abuse by a coach, and her parents know about it, her parents should pull her out of the situation. Too many times, parents want to think they are helping their daughters by leaving them in a questionable coaching situation because “it’s their daughter’s dream” or because a certain coach has a reputation for college scholarships, or “she needs to learn how to toughen up.”

If your daughter is already in an established gym, and as a parent, you are not sure if abuse is happening, then this is when parents need to take matters into their own hands. Do your research. Watch some practices. Are children crying on a regular basis? Are children being berated daily? Is the focus on winning at all costs? If a gym’s focus seems to be different than what they say their mission is, then the coaches and owners should be questioned. Start a conversation with your daughter.

If you are switching to a new gym, parents must do their research when selecting a gym. Interview the owners. Interview the coaches. Ask for a week trial for team. Ask about their philosophy. How do they view children? Do they believe that they are shaping human lives? Or are the children a means to the medal stand?

What happens when athletes are afraid to tell their parents about abuse they’ve sustained by coaches, for fear of retaliation? This is all too common in gymnastics, and probably most sports. If your daughter actually tells a parent that she is afraid that her coach will retaliate, then that is a red flag. A parent must ask for a meeting and speak with the coach. Of course, this may just be a perception in the eyes of the gymnast in terms of her coach, an authority figure. She might believe that her coach is scarier than she really is. Speaking as a coach and gym owner, many gymnasts have a fear of authority. It is the job of parents to ensure that this is just the gymnast’s perception and not a rational fear. If the coach turns out to be safe and have the gymnast’s best interest at heart, then the parent must explain that to her daughter and reinforce the fact that the coach is approachable and safe.

If your daughter does not believe a situation is right for her, and is describing abuse, however, then parents must listen and be willing and able to make the decision to take the child out of a harmful environment.

So as for investigating coaches, parents must do it. We will make the decision about what environment is best for our daughters. We will not wait for SafeSport, law enforcement, or USAG to act. We will take matters into our own hands and ensure that our daughters are in a safe environment. Only then will the culture begin to change and we will get our great sport back.